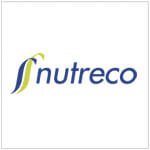 Nutreco –  a subsidiary of  SHV Holdings NV – is a global leader in animal nutrition and aquafeed, widely used in animal breeding and aquaculture (breeding and growing of aquatic organisms). The head office is located in Amersfoort  (the Netherlands).

The history of Nutreco started from two family-owned enterprises– Skretting (founded in 1899) and Trouw (year of foundation 1931). In the mid-1970s, various agro, food, and consumer goods companies were joined to form BP Nutrition. In 1994 Nutreco was formed as the result of a private-equity backed management buy-out of several BP Nutrition businesses active in animal nutrition, fish farming and meat processing.

Nutreco employs approximately 11,000 people in 35 countries with net sales of € 5.7 billion in 2015. Its two global company brands Skretting (aquafeed) and Trouw Nutrition (animal nutrition) have sales in over 90 countries over the world.

During its over 100 years of operations, Nutreco has expanded its global footprint and entered markets such as Brazil, China, Ecuador, Russia and Vietnam.

How to enter into the SME Register?
Entering into the SME Register and exclusion of information about a Russian organization with a share of foreign companies in the authorized capital exceeding 49% are performed on a yearly basis from July 1 to July 5 (inclusive). Who shall provide the data on such companies to tax authorities for subsequent entering into the SME Register? The sources of such information for maintaining a unified register of SMEs are audit companies. For this purpose, the Russian audit companies shall give a conclusion confirming compliance of the foreign member of the Russian company with the criteria for obtaining SME status. Thus, if a Russian company having a foreign member is interested in getting into the SME Register, first of all it should initiate an audit of compliance with the requirements for small and medium-sized enterprises. The procedure for interaction between the Russian audit company and the customer company is explained by the Ministry of Finance. At the initiative of the LLC, a Russian audit company renders a service that involves confirmation of compliance of LLC members being foreign companies with the above criteria for SMEs; Confirmation shall be arranged on an annual basis. For this purpose, the audit company compares the data on the amount of income for the year and the average staff number of a foreign company with the criteria specified in the law. For making such comparison, the LLC shall submit to the auditor the statements of a foreign company for the corresponding year filed to the tax authority of the country where this company is established. According to the results of the audit, the audit company independently submits information to the tax service about the Russian company having a foreign member for entering into the SME Register. The data are summarized in the form of a file signed by an enhanced qualified digital signature of the audit company through the official website of the Federal Tax Service. The information may also be entered manually on the website of the Federal Tax Service after authorization of the information provider. Будь в курсе последних новостей, смотри и читай нас там, где тебе удобно: Канал на YouTube - https://www.youtube.com/c/RosCoConsultingaudit/ Facebook - https://www.facebook.com/roscoaudit/ ЯндексДзен - https://zen.yandex.ru/roscoaudit Instagram - https://www.instagram.com/rosco_consulting/ https://rosco.su/
Deleted video
This video is unavailable.
General information about the SME Register
May a company, which the foreign companies are members to, be entered into the SME Register (the register of small and medium-sized enterprises) and on what conditions? Today we’ll discuss that in this video. First of all, it should be noted that the SME Register is organized by tax authorities, and a list of companies entered into the register may be found on the official website of the Federal Tax Service: https://ofd.nalog.ru. Small and medium-sized enterprises include companies and individual entrepreneurs that meet certain restrictions on the structure of the authorized capital and also if: - the average staff number is not more than 100 persons and income is not more than 800 million rubles (for small enterprises); - the average staff number is no more than 250 persons and income is no more than 2 billion rubles (for medium-sized enterprises). On December 1, 2018, the amendments made to Law No 209-FZ were entered into force. The point is that Russian companies with a share of foreign capital exceeding 49% may also obtain SME status if the company’s foreign members: - gained an income from their business activities not exceeding 2 billion rubles during the previous calendar year; - had the average staff number not exceeding 250 persons during the previous calendar year; - a state of permanent residence of foreign member of the Russian company shall not be the Offshore areas*(a list of offshore areas is established by the Ministry of Finance). If the share of foreign members in the Russian company does not exceed 49%, then such a requirement is not imposed for the purpose of designating as SME. What is a purpose of the register? A company may rely on a number of privileges if it is entered into the SME Register. Among them are: - Ensuring the implementation of “supervisory holidays” for SME; - Special tax regimes - Simplified tax and accounting rules - Simplified forms of accounting and statistical reporting, tax returns for individual taxes and fees; - Simplified procedure for conducting cash transactions; SMEs may not set a cash limit. - Privileged payment procedure for state and municipal property privatized by small and medium enterprises. During the coronavirus pandemic, the importance of entering the company into the SME Registry increased For example, in order to receive a subsidy for the salary with the Statutory Minimum Wage Index equal to 1, a company (among other requirements) must be entered into the SME Register. The so-called “credit holidays” apply to companies that are performing their activities in sectors most affected by coronavirus and are also entered into the SME Register. RosCo – entrust your business to professionals! YouTube - https://www.youtube.com/c/RosCoConsul... Facebook - https://www.facebook.com/roscoaudit/ ЯндексДзен - https://zen.yandex.ru/id/5b84df3fa459... Instagram - https://www.instagram.com/rosco_consu... https://rosco.su/
SUBSCRIBE TO OUR NEWSLETTER
And get discounts for our services
Date of foundation
company «ROSCO»
2004
Membership in professional organizations:
SRO NP «Audit Chamber of Russia»
(Certificate No 1809 dated 28.12.2009)