THE CHINESE NATIONAL INDUSTRY PIONEER HAS SIGNED A CONTRACT WITH ROSCO

The Moscow office of the Chinese group of companies China Merchants Group has approached RosCo - Legal Advice for legal consulting. Having such a famous client - the pioneer of China's national industry and commerce is an honor for a consulting company, and cooperation with the undisputed leader of the Russian consulting services market, a participant in many important events and a winner of prestigious awards for its contribution to the development of the Russian economy, is an honor for China Merchants Group. 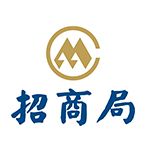 In 1978, CMG made a great contribution to the economy due to the investments in and development of the Shekou Industrial Zone, the first zone in China open to the entire world, and the launch of China Merchants Bank and Ping An Insurance Company, the first joint Chinese bank and insurance company.