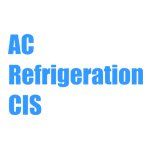 The A.C.Refrigeration company was established in 1989 and soon became one of the leading exporters of refrigerating and air conditioning systems in Russian and CIS markets. The corporate headquarters are situated in the city of Villette-d'Anthon, near Lyon (France). The official representative office of A.C.Refrigeration in Moscow was opened in 1997.

The A.C.Refrigeration company started with cooperation with MANEUROP (the European leading manufacturer ofcompressors) and FRIGA-BOHN (the leading manufacturer of heat exchangers and evaporators). Later "A.C. Refrigeration" assumed the representation of the whole range of HCF products (later HCF-LENNOX), which allowed it to supply the equipment packages on a turnkey basis.

Since 2001 the A.C. Refrigeration company has been representing in the Russian market the products of the Climaveneta company - one of the leading European chiller manufacturers.